Caylin was selected to the Fulbright Summer Institute to study the trans -Atlantic slave trade at University of Bristol and was chosen to attend the Public Policy and International Affairs Junior Summer Institute at Princeton University.

He is the founder and president of “S.P.A.R.K.,” a youth outreach organization of student -athletes who encourage disadvantaged children to attend college, as well as a volunteer for the Children’s Defense Fund. He will pursue a Master of Public Policy at Oxford 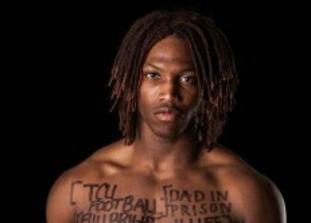 Caylin was recently was name a 2017 Rhodes Scholar!!!!

Caylin L. Moore, Carson, is a senior at Texas Christian University majoring in economics. He overcame poverty, homelessness, and an abusive father incarcerated on a life sentence for murder to become a campus leader and Division One football player at Marist and then TCU.

Success Story
This block contains code to allow dead links in the navigation to function properly. This block will not be visible on the live site.